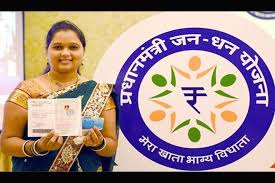 Financial inclusion is the philosophy of providing affordable, safe, accessible, and properly regulated financial tools to the people. These tools enable saving and responsible borrowing and allow people to build their assets while improving their livelihoods. But primarily those who do not have a traditional savings account need to be brought within the ambit of formal finance.

In India, financial inclusion received a boost with the Pradhan Mantri Jan Dhan Yojana (PMJDY) scheme. By 4th January 2017, there were over 265 million accounts under the scheme but later 50% accounts were frozen under the PMJDY due to the lack of any transactions in the last year.

So Merely opening physical accounts as flag posts for a financial identity won’t help unless they are actively used by people for managing their money. For this, people need to be trained to handle their bank accounts. This skill is known as financial literacy. It is a combination of financial awareness, knowledge, skills, attitude and behaviours necessary to make sound financial decisions and achieve individual financial wellbeing. Financial literacy is expected to impart the means to transform ordinary individuals into informed and questioning users of financial services.

People in India operate mostly in the cash; these informal mechanisms can be insecure, expensive and complicated. Moreover, they offer limited recourse when a major problem arises–such as a serious illness in the family or a poor harvest.

Recently, financial regulators in India – the RBI, the Securities and Exchange Board of India (SEBI), the Insurance Regulatory and Development Authority of India (IRDAI), and the Pension Fund Regulatory and Development Authority (PFRDA), have created a joint charter called the ‘National Strategy for Financial Education’. Its goal is to change the average Indian’s perspective on financial management. Such initiatives could help to empower the personal finance stakeholders and therefore improve the financial life of Indian families.