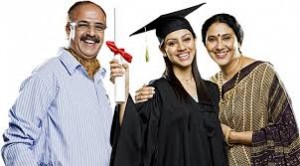 Over one lakh people from India keys in the words ‘education loan’ or similar phrases every month on the search engine. According to Google AdWords Keyword tool.This therefore finds the huge need for such loans in india in recent times.Education is expensive, especially if one is aiming for a premium institution or a foreign degree. Education loans can be a big help and it stands as a part of the priority lending category along with housing loans.

We need to understand two important factors before a loan deal:

Therefore loan undertaking and its proper disbursement should be planned and comes under a financial planning which must be planned through a financial planner, CFP.As we all know that a penny saved is penny earned. As investment need a planning, these loans need a proper planning too, for its smooth disbursement and to ensure favorable cost at its close we should keep in mind few summed up points: